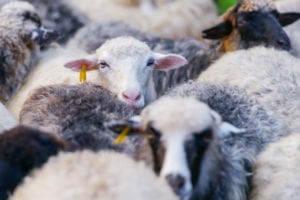 As a result of the severe winter between November 2017 and February 2018 which was referred to as “the beast from the east”, this year there is a considerable shortage of lambs and older lambs usually referred to as hog lamb or hogget lamb. Hence any lamb born after mid-February 2018 WILL NOT be of an eligible age for Qurbani.

A lamb between the ages of 9 months and 15 months and sprouting permanent incisor teeth are referred to as “Hog Lamb/Hogget Lamb”.

HMC have advised its registered slaughterhouses to source and supply sheep. Some slaughterhouses may have secured Lamb Hog/Lamb Hogget early in the year which will be accepted and authenticated by HMC provided they appear to be as big as sheep.

HMC urge the Muslim community to refrain from ordering/accepting Lamb as they will not be of an eligible age for Qurbani and thereby be deprived of the purpose of the sacrifice intended.

HMC is the UK’s largest Halal certifying body, employing over 220 people. It is a registered charity and also a not for profit organisation.  It is overseen by a voluntary body, the National Executive Committee that consists of mainly scholars who are the Trustees of the organisation. HMC has been set up to work in the favour of all Muslims and the consumer at large. HMC aims to regulate and at every point inspect Halal products from source to the consumer. HMC is committed to serving the Muslims and the wider community and it intends to provide peace of mind and security where required.